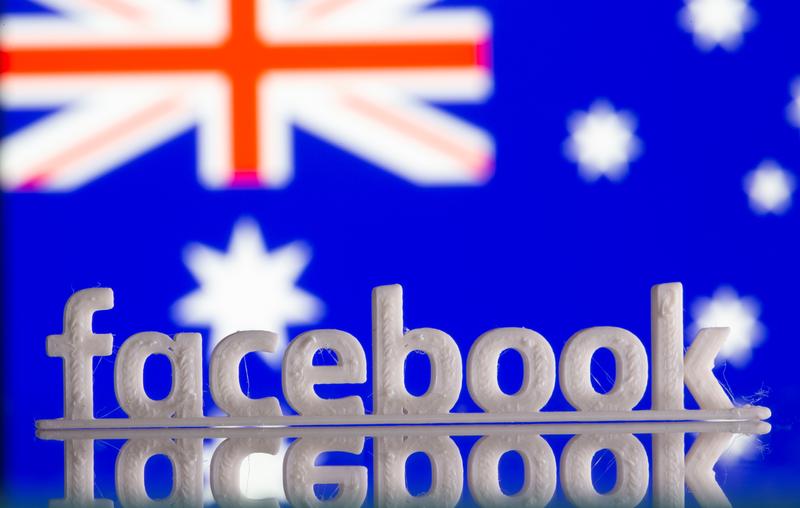 CANBERRA (Reuters) — Facebook said on Tuesday it will restore Australian news pages after negotiating changes with the government to a proposed law that forces tech giants to pay for media content displayed on their platforms.

Australia and the social media group have been locked in a standoff for more than a week after the government introduced legislation that challenged Facebook and Alphabet Inc’s Google’s dominance in the news content market.

But after a series of talks between Treasurer Josh Frydenberg and Facebook CEO Mark Zuckerberg, a concession deal has been struck, with Australian news expected to return to the social media site in coming days.

The issue has been widely watched internationally as other countries including Canada and Britain consider similar legislation.

“Facebook has refriended Australia, and Australian news will be restored to the Facebook platform,” Frydenberg told reporters in Canberra on Tuesday.

Frydenberg said Australia had been a “proxy battle for the world” as other jurisdictions engage with tech companies over a range of issues around news and content.

While Big Tech and media outlets have battled over the right to news content in other jurisdictions, Australia’s proposed laws are the most expansive and seen as a possible template for other nations.

“Facebook and Google have not hidden the fact that they know that the eyes of the world are on Australia, and that’s why they have sought I think to get a code here that is workable,” Frydenberg said.

Australia will offer four amendments, which include a change to the proposed mandatory arbitration mechanism used when the tech giants cannot reach a deal with publishers over fair payment for displaying news content.

Facebook said it was satisfied with the revisions, which will need to be implemented in legislation currently before the parliament.

“Going forward, the government has clarified we will retain the ability to decide if news appears on Facebook so that we won’t automatically be subject to a forced negotiation,” Facebook Vice President of Global News Partnerships Campbell Brown said in a statement online.

She said the company would continue to invest in news globally but also “resist efforts by media conglomerates to advance regulatory frameworks that do not take account of the true value exchange between publishers and platforms like Facebook.”

The government had up until Monday maintained it would not change the legislation.

Analysts said while the concessions marked some progress for tech platforms, the government and the media, there remained many uncertainties about how the law would work.

The amendments include an additional two-month mediation period before the government-appointed arbitrator intervenes, giving the parties more time to reach a private deal.

It also inserts a rule that an internet company’s existing media deals be taken into account before the rules take effect, a measure that Frydenberg said would encourage internet companies to strike deals with smaller outlets.

The so-called Media Bargaining Code has been designed by the government and competition regulator to address a power imbalance between the social media giants and publishers when negotiating payment for news content used on the tech firms’ sites.

Media companies have argued that they should be compensated for the links that drive audiences, and advertising dollars, to the internet companies’ platforms.

A spokesman for Australian publisher and broadcaster Nine Entertainment Co Ltd welcomed the government’s compromise, which it said moved “Facebook back into the negotiations with Australian media organisations.”

Major television broadcaster and newspaper publisher Seven West Media Ltd said it had signed a letter of intent to strike a content supply deal with Facebook within 60 days.

A representative of News Corp, which has a major presence in Australia’s news industry and last week announced a global licencing deal with Google, was not immediately available for comment.

The proposed code will apply to Facebook and Google, although the competition regulator, which advised government on the legislation, has said it’s likely other tech firms will be added.

Tama Leaver, professor of internet studies at Australia’s Curtin University, said Facebook’s negotiating tactics had dented its reputation, although it was too early to say how the proposed law would work.

“The law itself remains untested. It’s like a gun that sits in the Treasurer’s desk that hasn’t been used or tested,” said Leaver.

Frydenberg said Google had welcomed the changes. A Google spokesman declined to comment on Reuters’ queries.

Google also previously threatened to withdraw its search engine from Australia but later struck a series of deals with publishers.

The government will introduce the amendments to Australia’s parliament on Tuesday, Frydenberg said. The country’s two houses of parliament will need to approve the amended proposal before it becomes law.